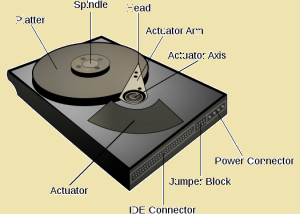 In general, users are well-known from the fact that computer stores information in a hard disk drive. However, there is also a need to know about a concept that what components contribute to saving data on HDD. Therefore, in this blog, I am going to discuss all elements, which enable the hard drive to store digital information on it.

Take An Overview on HDD

A fixed disk (or HDD) is basically a storage element, which stores data in the form of a magnetic disk. It uses one (or more) circular disk for gathering and retrieving digitalized information upon it. We can consider this storage element as a non-volatile memory because even after complete power-off, it holds stored data permanently. Well, such functioning is possible on a computer hard disk due to the variety of components like:

All these small sub-devices of the hard drive plays a very vital role in storing digitalized data. Let’s discuss all of these components and see how they work while saving data into it.

Platters: The HDD platters are metal disks in a circular shape, which are constantly rotating. A hard drive comprises of several platters, which are mounted on a fixed spindle motor to create more data storage surfaces in a smaller area. This component stores information on both of its sides in a thin coated form, which is deposited by a special manufacturing technique. 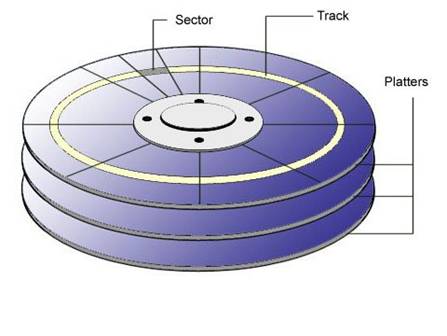 Spindle: Now, I am going to discuss another component of fixed disk i.e., Spindle. It is a typical vertical hole, which gives access to mine for holding rotating hard disk drive platters all at one place. This rotating process can also be considered as a single hard disk drive. In addition, the speed of the spindle is measured in revolutions per minute(RPM), which is one metric used to gauge disk drive performance.

Head: This sub-device is used to read and write data from the hard drive. There is only one head for each magnetic platter surface on the spindle that is mounted on a common arm. When a platter starts spinning, an air cushion is initiated, which causes a head floats of 3 to 20-millionths of an inch above the platter. 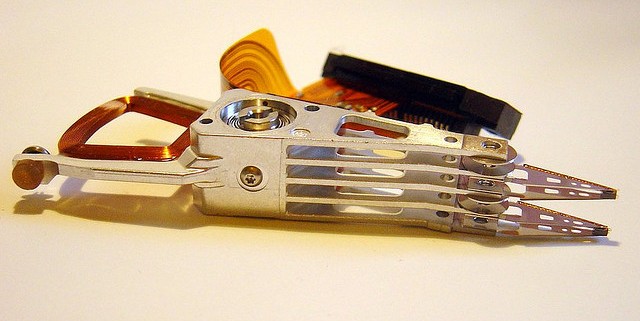 Actuator Arm: An actuator arm is a permanent magnet, which comprises a wire coil suspended in the magnetic field. You need to remember that the coil either works in response to a current or produces a current when it is made to move. In addition, this actuator arm is also known as access arm because it moves on an arc radially across platters when they spin. This technique allows each head to access almost the entire surface of platters when it spins. 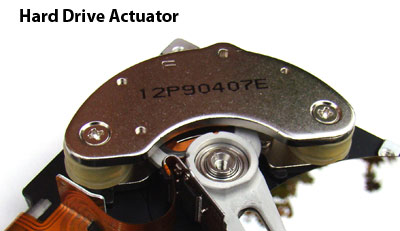 IDE Connector: This is another important part of a computer disk, which is used to connect some hard drives and optical drives with each other and also with the motherboard. Well, it is based on the IBM PC Industry Standard Architecture (ISA) 16-bit bus standard, but on the other hand, it is also used in computers that operate other bus standards. In today’s date, most of the computer sellers are using an enhanced version of IDE i.e., Enhanced Integrated Drive Electronics (EIDE).

Let’s Know Something More About IDE:
IDE was adopted as a standard by American National Standards Institute (ANSI) in November 1990. The ANSI name for IDE is Advanced Technology Attachment (ATA). A single IDE ribbon cable has three connection. The first one connects to the motherboard and the other two connections are available for the two drives.

Jumper Block: A jumper is a short length of the conductor is used to close, open, or bypass part of an electronic circuit in electronics and particularly in computing. They are typically used to set up or configure printed circuit boards, such as the motherboards of computers and consist of a set of small pins, which could be covered with a plastic box. 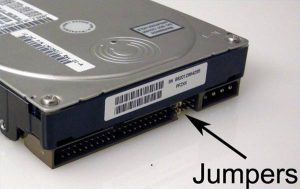 Power connector: Finally, now I am on the last component of machine disk i.e., Power connector. As its name suggests, that the drives function is to supply power in an internal hard disk and other drives directly. This supply operation is performed through four-wire connectors, which are designed to attach with rear of each drive. Basically, there are four wires that provide +5 V and +12 V power, along with two grounds, to the various drives.

Well, I have covered all the components related to the structure of a PC hard disk drive. This blog would enhance your knowledge that how components of HDD are internally connected and how they work. In today’s date, there are a variety of disk drives (varies in size factor) available in the market, which is purchased upon the requirements of users. Therefore, one can use any hard disk drive for storing computer data on it.