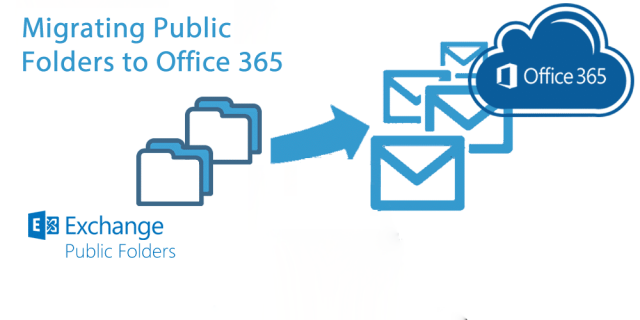 The public folder is the prominent and trusted feature provided by the Microsoft Exchange Server. It is created for communication, sharing the data among groups, etc. Simply, it works as a central data repository for the team of an organization. Due to its advancement, public folders have been used for a long time by various companies. But, it is hard to manage the huge amount of data. So, people want to migrate public folders to Office 365 account. Because public folders are officially supported by MS Office 365. Therefore, in this article, we are going to explain how to export Exchange 2016, 2013, 2010, 2007 public folder in a step by step process.

How to Move Public Folders to Office 365

Here are the following steps required to be performed for converting public folder into Office 365 account.

First of all, you need to download the migration script and save all scripts in a folder. Then, proceed to the next step.

There are only a few versions of Exchange Server that support these scripts.

2. You need to rename any public folders that contain a backslash “\”.

3. Then, check the existence of any previous successful or failed conversion attempts.

4. Now, verify the success of the conversion process.

In this step, open the Office 365 account and check the existing migration requests by following these scripts:

If a user has performed public folder migration to Office 365 previously, then he or she needs to generate only these 2 above discussed files.

Mailboxes act as the backbone for the Exchange public folder storage. We need to create the mailbox before creating public folders. Run the following scripts:

Now, you can start the migration process.

1. Go to the local Exchange Server and open the Exchange Shell. Then, change the directory and run the following scripts:

2. After that, enter the login credentials and switch to the Office 365 PowerShell.

4. Finally, start the process to convert public folder to Office 365.

In this step, you need to stop the people who are using the existing public folders of Exchange

In order to finish the migration of Exchange public, run following commands:

Read More: Know How to Migrate On-Premise to Office 365

By using the above-discussed solution, you can transfer Exchange 2010, 2013, 2016 public folders. But, this method has some limitations as it takes a long time and needs high technical skills to execute the complex scripts. Therefore, users need an easy and user-friendly technique. In this case, SysTools Exchange to Office 365 Migration tool proved as the best solution. It can easily export Exchange public folders into O365 account account. Apart from this, there are also many splendid features offered by this software.

In this write-up, we have discussed the step by step manual procedure to migrate public folders to Office 365. But, the manual process seems quite lengthy and complex. Hence, we have also described an alternate effective solution, which can perform the migration task easily.